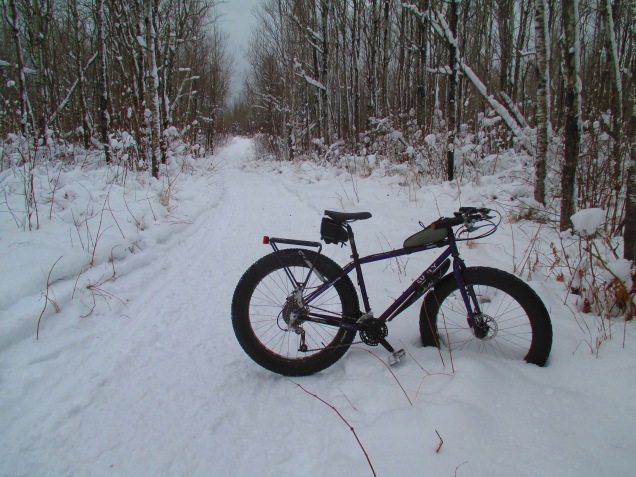 The first fifteen days of December was one of the warmest starts to December ever. Last winter was a mild winter with not a lot of snow or opportunities for endless snowbiking. This winter was starting to look like it might be a year with not a lot of snow. In the past week and a half or so we received two snow storms. Between the two storms they’ve given us between 6-12 inches of snow on the ground depending on where you happen to be standing at any given moment. Along with the snow came some normal temperatures. Temperatures low enough the snow doesn’t melt right away.

Our most recent snowfall was some powdery snow on Saturday followed by a high temp of 15F/-9C yesterday. That’s a recipe for potentially good snowbike conditions.

I went in search of packed trails. About all I could find was this lightly used snowmobile trail within the city. It’s a mere 1.5 miles from my house, all uphill. 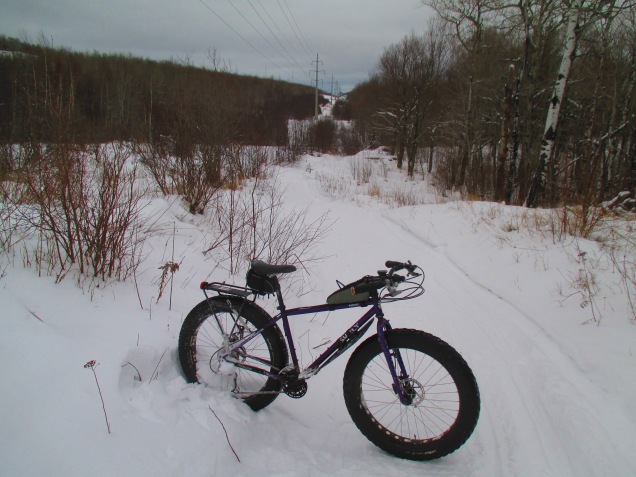 The trail was barely firm enough to provide traction. But it was enough. What a joy it was to be out on the Pugsley on a blustery cold day with fresh snow all around. And nary another trail user in the nearly 2 hours I spent on the trail. Bliss!!

3 thoughts on “Let the Fatbiking commence.”