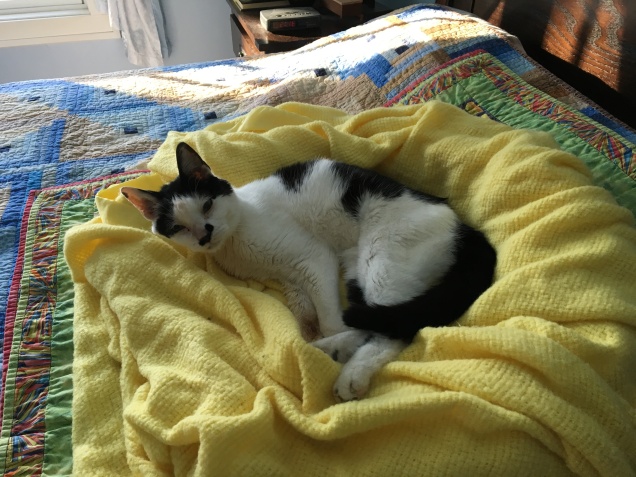 Back in December we didn’t think he’d see the new year. His health has been rapidly declining. 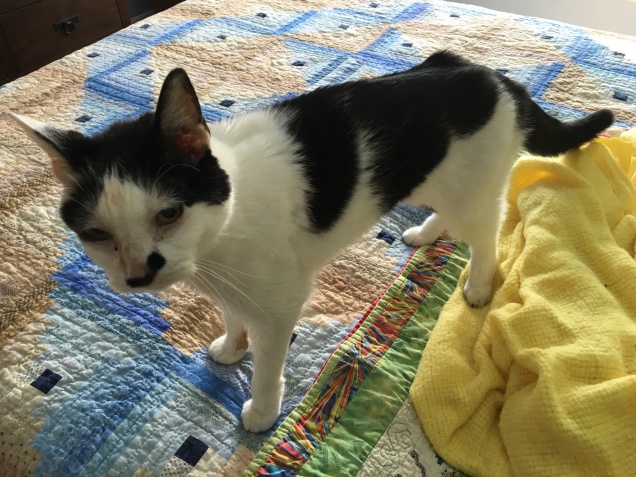 His kidneys are failing. He’s losing the use of his back legs. He falls over a lot. He’s lost 1/3 of his body weight. His eyes are runny all the time. He doesn’t play anymore. He stopped cleaning himself a few weeks ago. He’s lost most of his hearing. He’s going blind. He’s completely blind in the dark. We discovered this a month ago when he kept walking off the edge of the bed at night. Now we leave lights on throughout the house for him at night.

He gets pampered. He gets our complete attention and lots of lovin’ when he isn’t sleeping. When he is sleeping he’s on his heated bed with lots of comfy blankets and the cat quilt my sister made for him.

My wife has been a Hospice Social Worker for most of her working life. So we’ve had “The Discussion” about “if it’s time yet” three times in the last two months. Yes, he hurts all the time. No, we don’t believe he’s suffering unreasonably. He still has that strong animal instinct to survive. He has not given up. We’re taking it day by day. We love him. It’s really hard to watch.  He’s always had so much personality. We feel he’s had a good life with us. Many wonderful memories. It’s difficult to think of our home without him. That day is getting closer.