I know I keep saying every ride is the last snowbike ride before winter ends. I thought my ride on Tuesday was going to be the last. We had a few warm days with lots of melting. Then yesterday we had a fast moving snow storm drop a quick 2 inches of snow on us. Overnight temps dropped below freezing. And apparently there was some freezing rain overnight. The fresh snow, and everything else, had a quarter inch of ice covering it this morning.

I’m not normally a get-up-and-get-out-to-ride kind of person. Today I realized if I could get out early before the temps rose too far above freezing the snow biking might be pretty decent. Decent despite the lack of base and a packed trail. But decent considering the warm weather we’ve been having.

Turns out it was a perfect morning to be out on the trails. I chose the snowmobile trails because it would have been too soft on the mountain bike trails. I didn’t expect to see any snowmobiles in these conditions. Although I did see one. 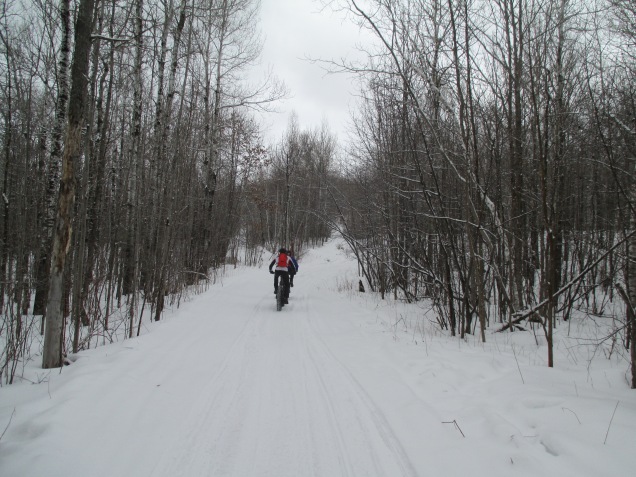 And I was passed by two other fatbikers who seemed to have the same idea. While up on Spirit Mountain I could see some dog sled races on a parallel trail. They all had teams of four dogs and were flying. I tried to snap a few photos through the trees, but they were going so fast it was hard to capture. 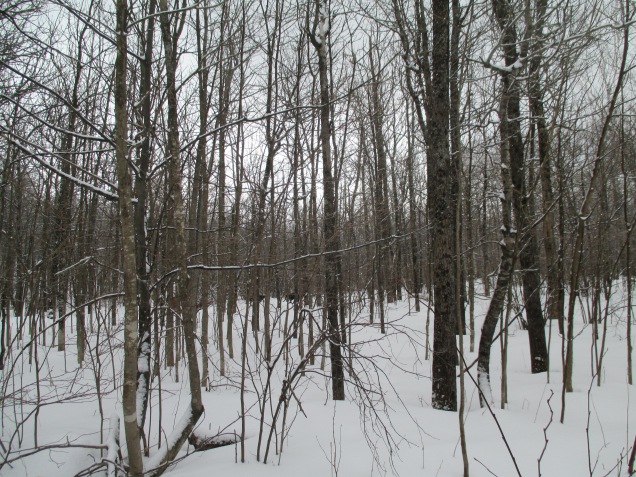 You have to look really hard to see them in this picture. Four blackish colored dogs and the front end of a sled just behind them. You know winter isn’t over yet when you run across dog sleds.

The forecast for the next ten days calls for 40’s and 50’s. Not normal for us. So this may really be the end of our ride-able snow. Although, if I get out really early tomorrw I might still get in one more ride.

3 thoughts on “Before the thaw.”