I’m taking part in The Three Speed October Challenge. This challenge is the brainstorm of Portland, Oregon’s very own Shawn Granton of Urban Adventure League and Society of Three Speeds. You can go to his site to get all the information. To summarize I need to ride my three speed (The rules begrudgingly allow for a 6-speed Brompton like mine because it does use a Sturmey-Archer 3-speed internally geared hub) at least three times a week for three weeks for at least three miles. Hey, I just now caught on to the “three” theme.  At least one ride needs to be for utility, errands or commuting. There are more details to the rules, but that’s it in a nutshell….or maybe a 3-speed hub shell. Wink, wink.

Turns out all three rides (plus a bonus fourth ride) were all errand or commuting rides. All rides had a purpose of using the bike for transportation. 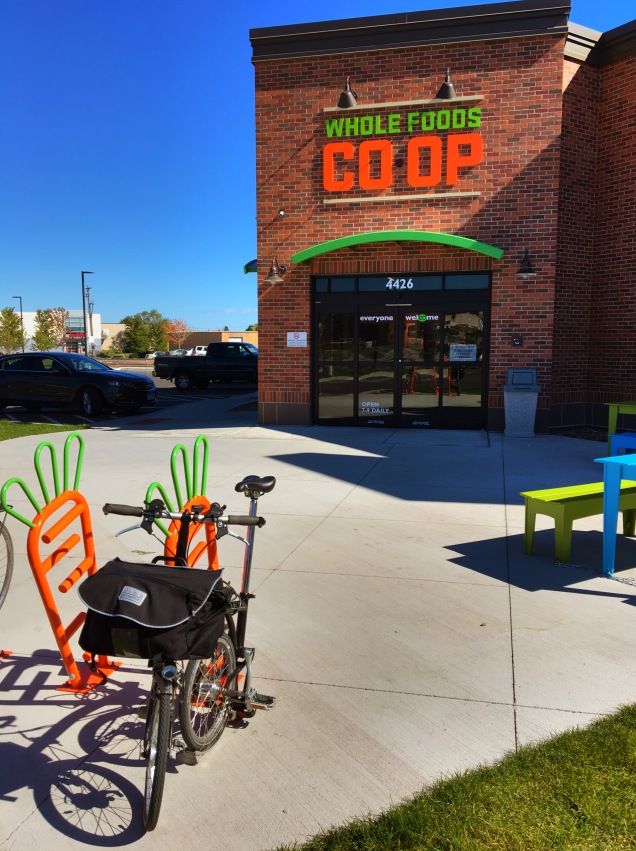 I was packing for an overnight bike camping trip. I needed a few food items I was out of for the trip. I rode 0.8 miles to the local food co-op. I realized when I went to check out I had forgotten my wallet. I rode the 0.8 back home and returned to the co-op a second time. Paid for my items and returned home. I took a slightly longer way home for a total of 3.6 miles.

I was off work this day and needed to run a few errands. It’s rare for me to go to my bank these days, but I did have a check I needed to deposit. A quick stop at the bank and then I made another stop at the local co-op. Total distance was 3.4 miles.

Ride number three was a commute. It’s three miles to my place of work. Six miles for the day. I ended up riding a fourth day and it was also a ride to work:

Both days I rode to the Co-op I shared the bike rack with another 3-speed. And since then it’s been there every time I’ve stopped. It must be an employee bike. 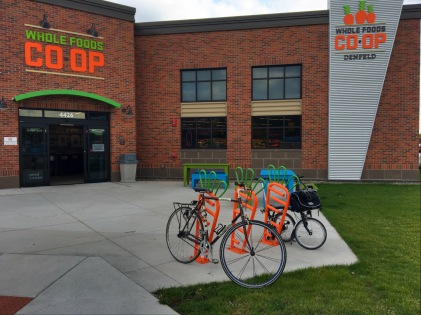 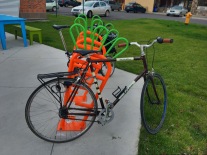 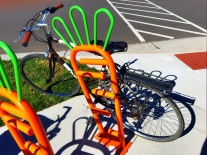 I almost never see three-speeds in Duluth. I found it ironic that I spotted one while I was participating in the three-speed challenge. This brand is a brand I’ve never heard of, Nirve, Wilshire. It did have nice steel lugged construction. The racing wheel on the front and racing saddle was a bit out of place. Other than that it looked like a nice low cost three-speed.