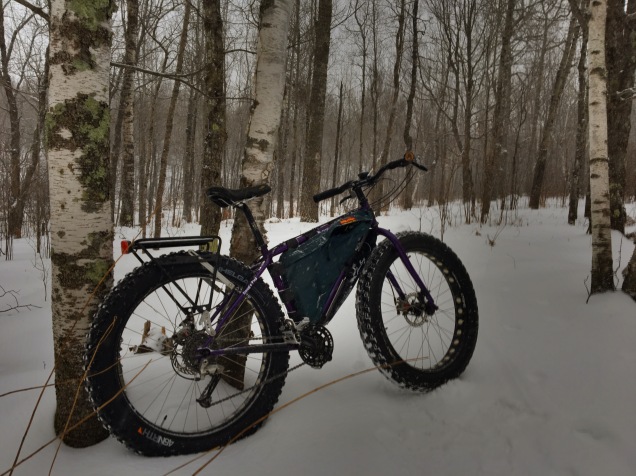 Turns out the last two rides of 2016 were on snow with the Pugsley. My favorite kind of riding I do all year. I had been feeling a bit under the weather all week. Other people around me have been sick. Susan had a cold virus and several co-workers were sick, but were at work. I never had full-blown symptoms, but I wasn’t feeling quite right and needing a lot of sleep.

Over Christmas we had a storm that brought lots of rain in our neighborhood, sleet and some wet snow. I thought for sure the good snow conditions we had on the local mtb trails would have been gone. Replaced with a layer of slick ice. As the week went on I was hearing reports of prime riding conditions. A layer of crust had formed from the mixed precipitation. It was supposed to be excellent riding, no studs needed. Here’s one report in particular. This report says: “the conditions are freakaliciously sweet!” To top it off the three amazing pictures in the report were taken on the trails less than 1 mile from my house.

With the weather forecast calling for a chance of significant snow in a few days, I knew I had to get out and enjoy the current conditions. It just so happens I worked a half day on Friday, the 30th. As I left the house on the Pugsley it started to snow pretty steady. The reports were true. The riding was amazing and the snow coming down was an extra wintery bonus. I rode The Duluth Traverse through Brewers Park and the Piedmont Trails and back. And then down Keene Creek, where the pictures in the above link were taken. 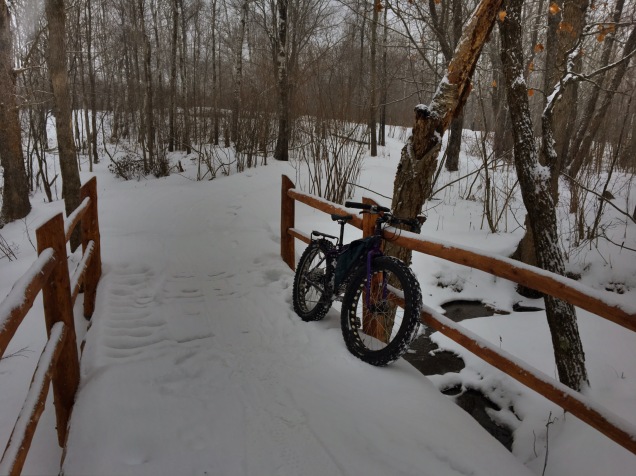 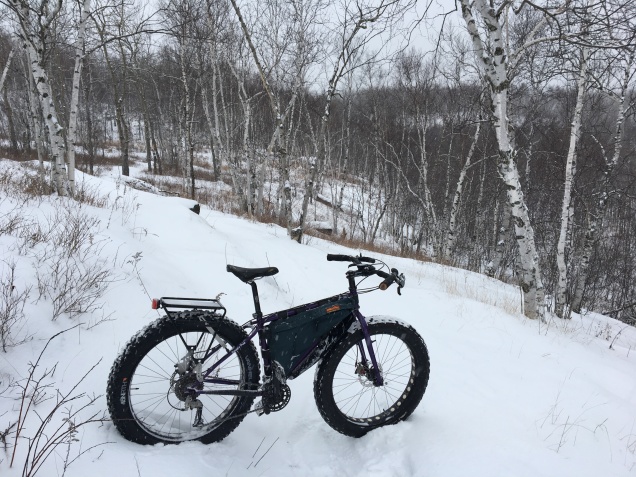 Today, the 31st, the sun was out with temps around 20F. Yesterday’s snow amounted to about 1 inch. I headed in a different direction to see if the new trails between the Zoo and Spirit Mountain Ski Area were in good riding condition or not. They too were in excellent shape. Only a handful of tracks in the fresh snow. I only saw one other person on this section. One and half miles of this section I have never ridden. It was built just this Fall. It was an incredibly nice stretch of trail. Here’s today’s photos: 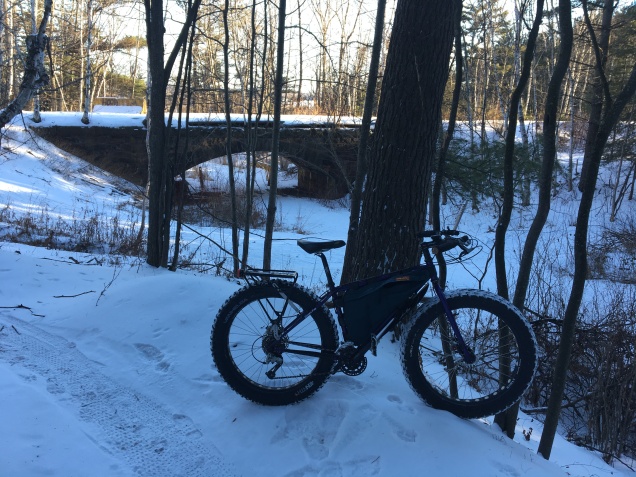 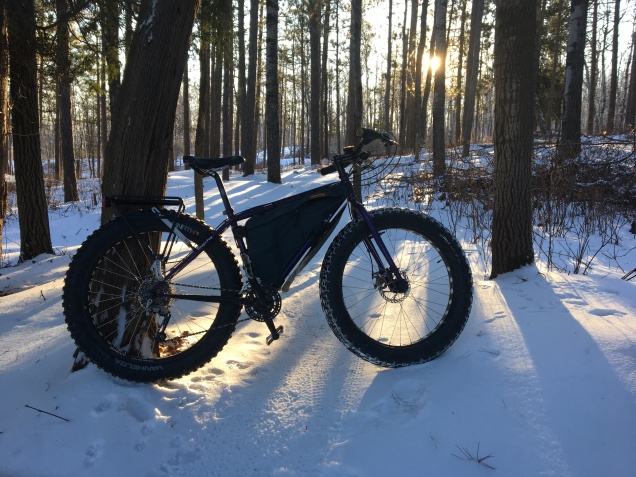 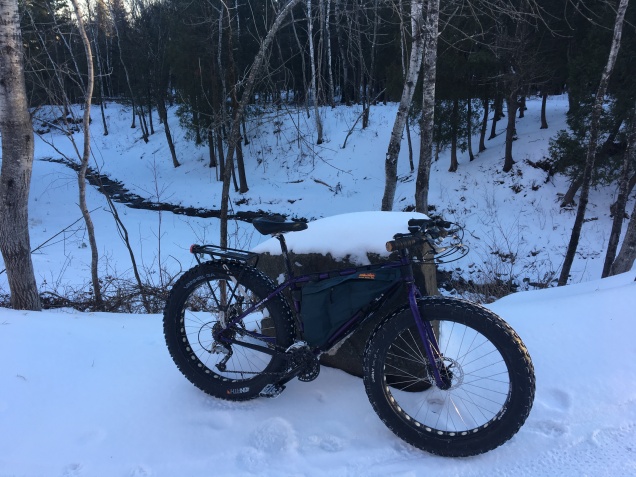 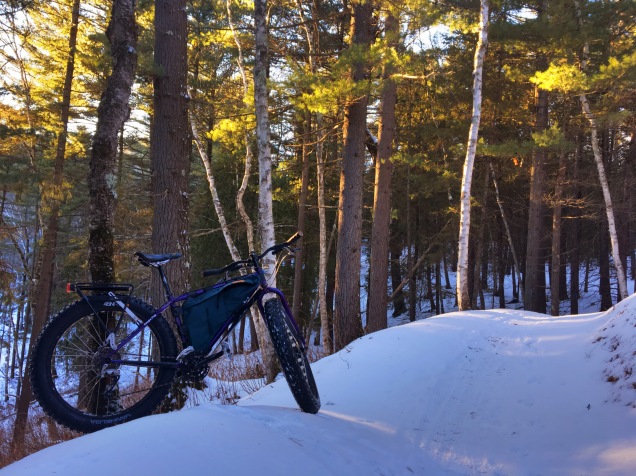 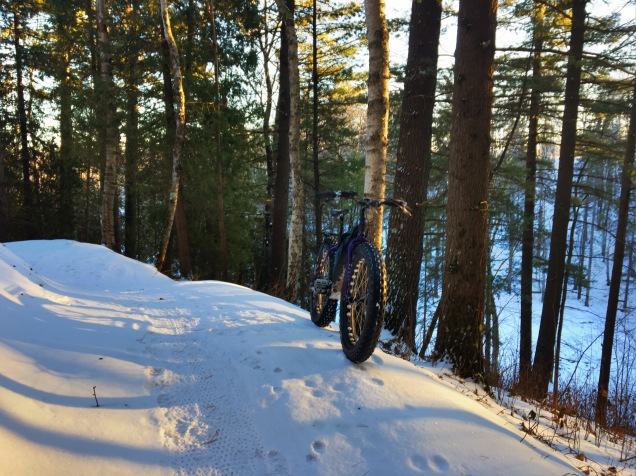 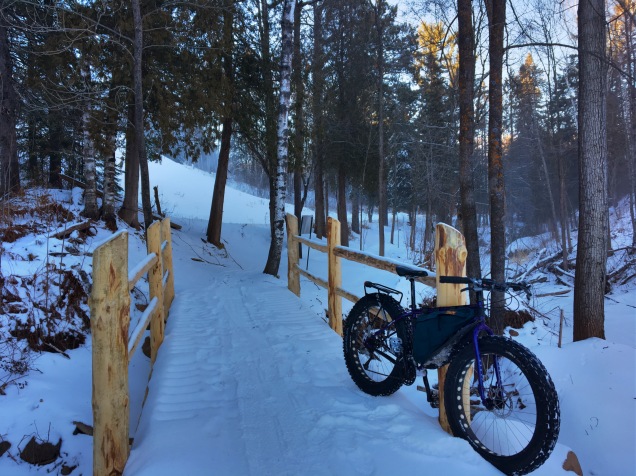 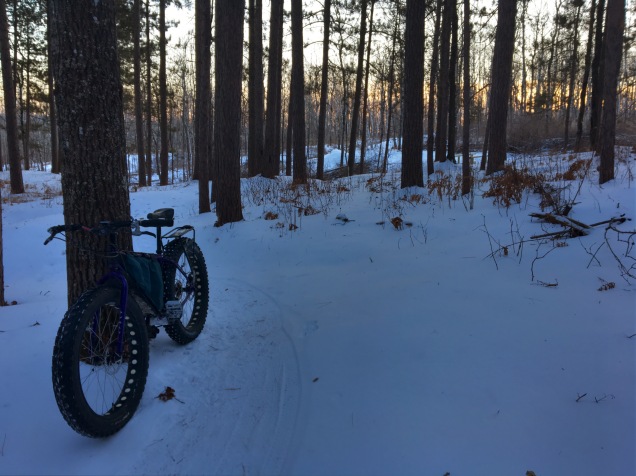 Have a great New Year everyone. Keep on riding.