February, for me at least, is for fatbiking……unless you’re in the middle of a weirdly warm February. Taking it to the roads is what I was doing this weekend. I used the word “weird” to describe our weather on my blog post from Saturday, two days ago. I’m not the only one using this word. I’ve read it on the FB, on other blogs, and on NPR this morning. A meteorologist on the radio used the word “weird” to describe the weather in Minnesota over the past week. He said 197 record high temperatures were broken over the weekend in Minnesota. Here in Duluth we missed record highs by a degree or two Friday and Saturday. Despite not setting a new record, nobody can seem to remember experiencing 50 degrees temps in Duluth in February. It’s just, well, weird.

I’m not saying it’s climate change, or that winters are warmer then they used to be. perhaps they are. But I do remember that just three years ago we had one of the coldest winters on record. With something like 52 or 53 days with below zero temps. I remember it because bike commuted everyday that winter.

This graphic I came across shows we still have cold winters. It shows 91.8% of Lake Superior covered in ice three years ago yesterday. This year only 8.2% is covered in ice. So maybe we aren’t having warmer winters overall, but we are having more wild, weird swings in weather patterns and temperatures.

What this years warm winter means for me can be illustrated with the above. The local mtb trailheads were posted with this sign yesterday. It should be prime snowbiking weather, but instead I was riding the roads as the snow was quickly disappearing. 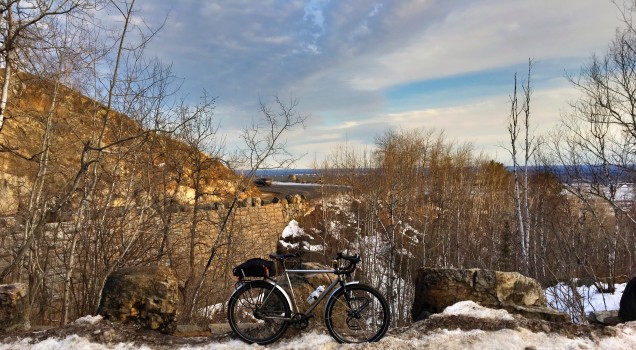 I’m not complaining. I enjoy being on a bike whether it’s on snow or not. Maybe winter will make another appearance, or maybe I’ll have to wait until next winter. 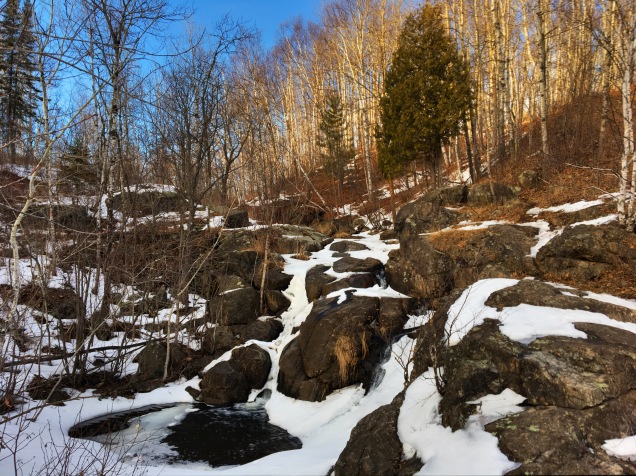 Either way I’ll be out riding a bike no matter what. 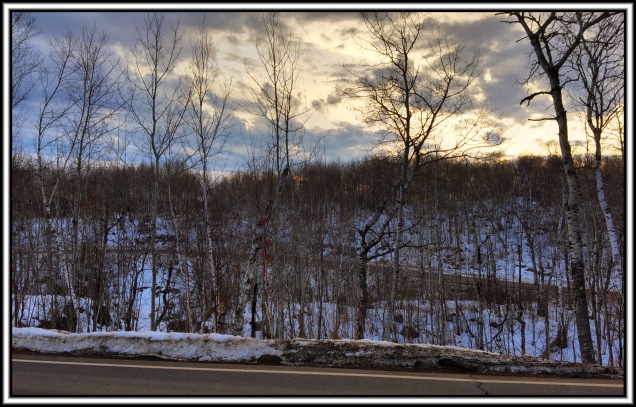